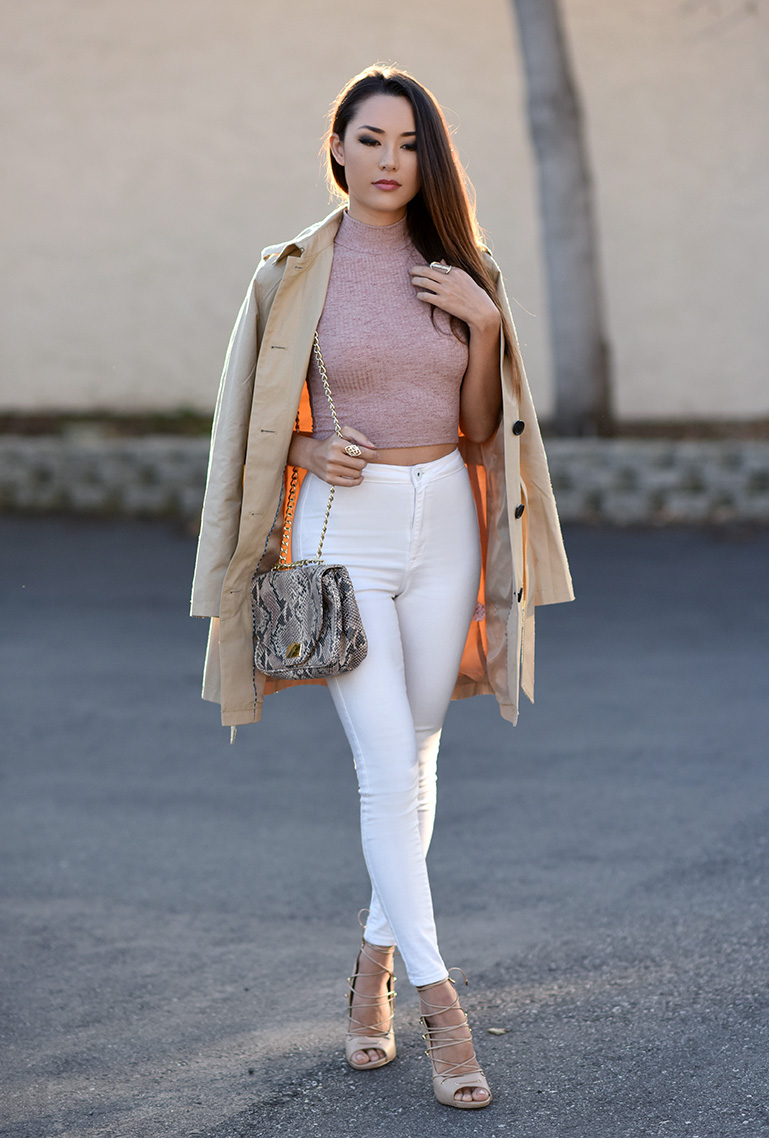 My favorite trend right now is the crop top with the high waist pants. I’m pretty sure we can all thank the Kardashians for that [trend]. Regarding the Kardashians I think they’re beautiful but other than that I don’t get what the big deal is about them? I mean I KNOW how they got famous but it’s just crazy isn’t it – once you’re well known – infamous or not – you can do anything (as long as it’s fairly interesting) and people want to keep knowing more and more about you.

Anyways I went with neutrals including this pretty soft pink mock turtleneck sleeveless crop top – wow that’s a mouthful huh? Haha well I’ve actually had it in my closet for a while and as soon as I received this beautiful trench from Lands End I knew what I had to do! And I love the outcome. What do you guys think?
xoxo

P.S When I stopped by Starbucks a lady came up to me and said EXCUSE ME – and I totally thought I was in her way – and she just said I am just IN LOVE with your shoes but I promise I won’t steal them. And I was like woah that’s nice but what a strange thing to add! 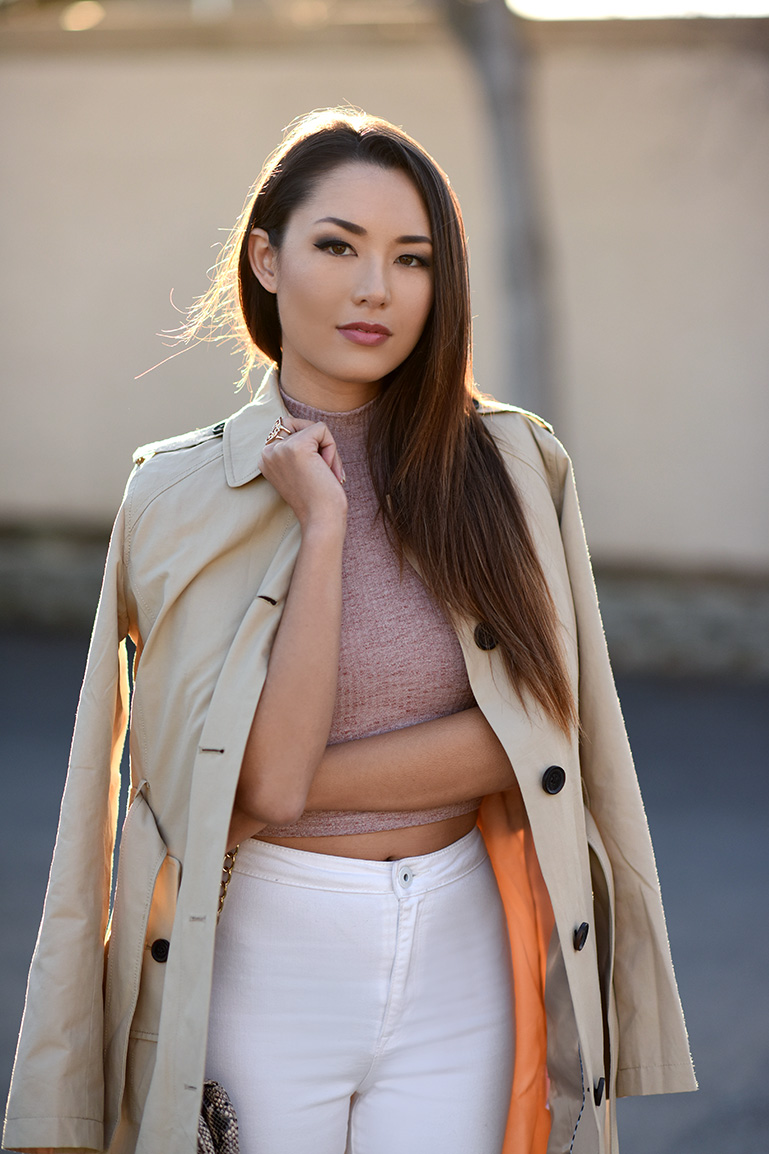 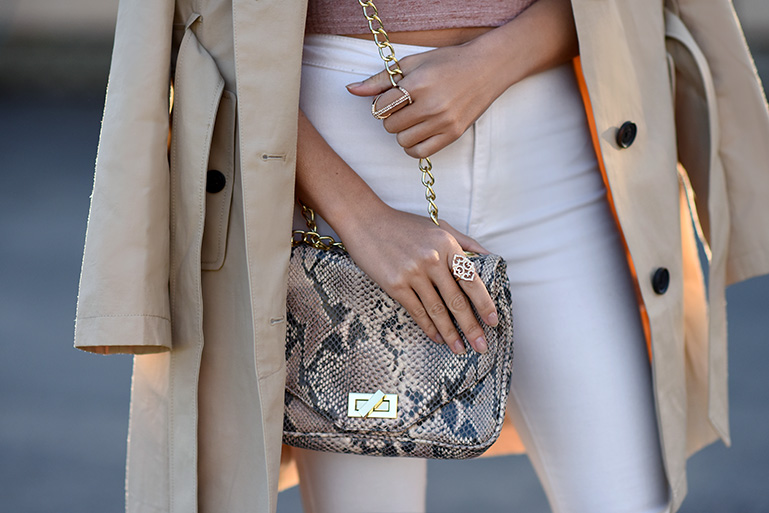 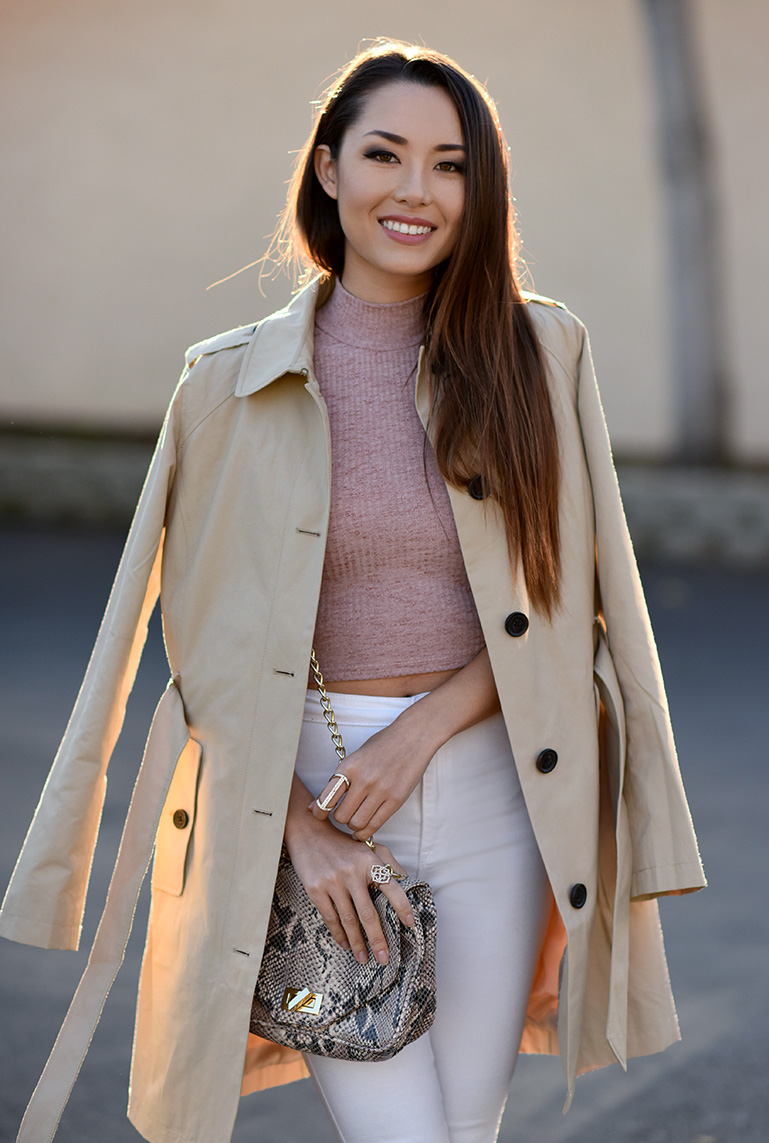 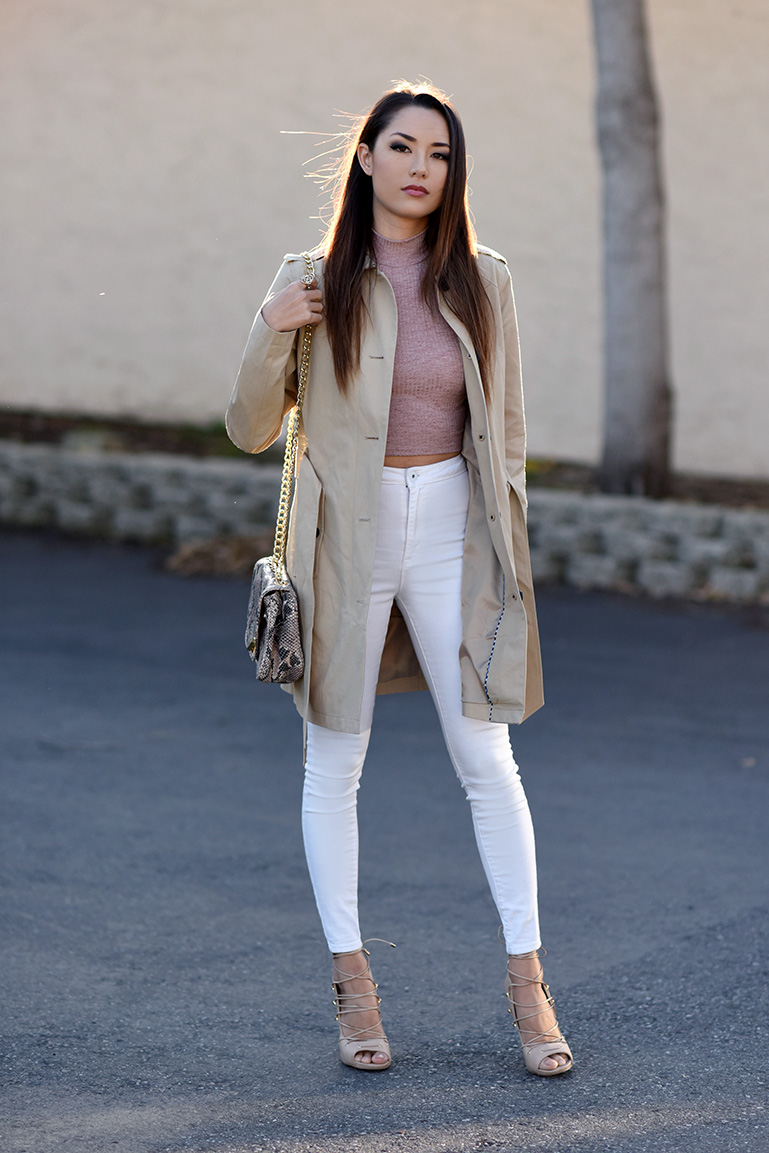 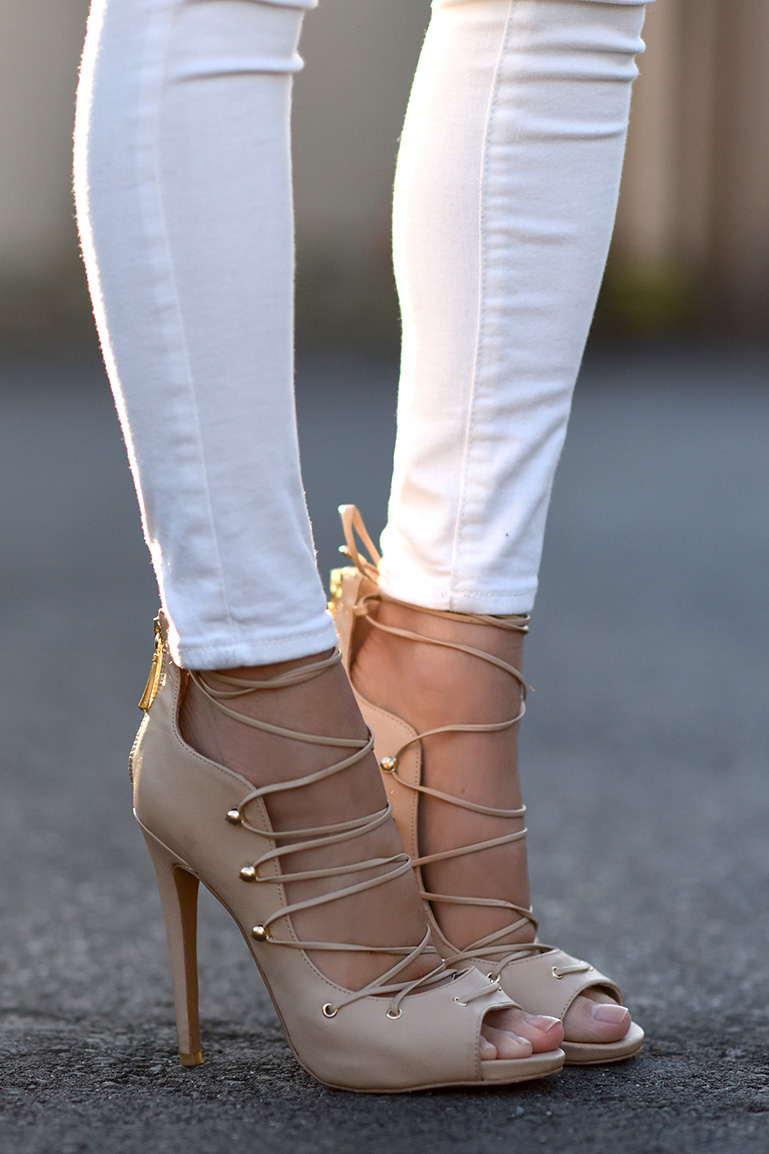