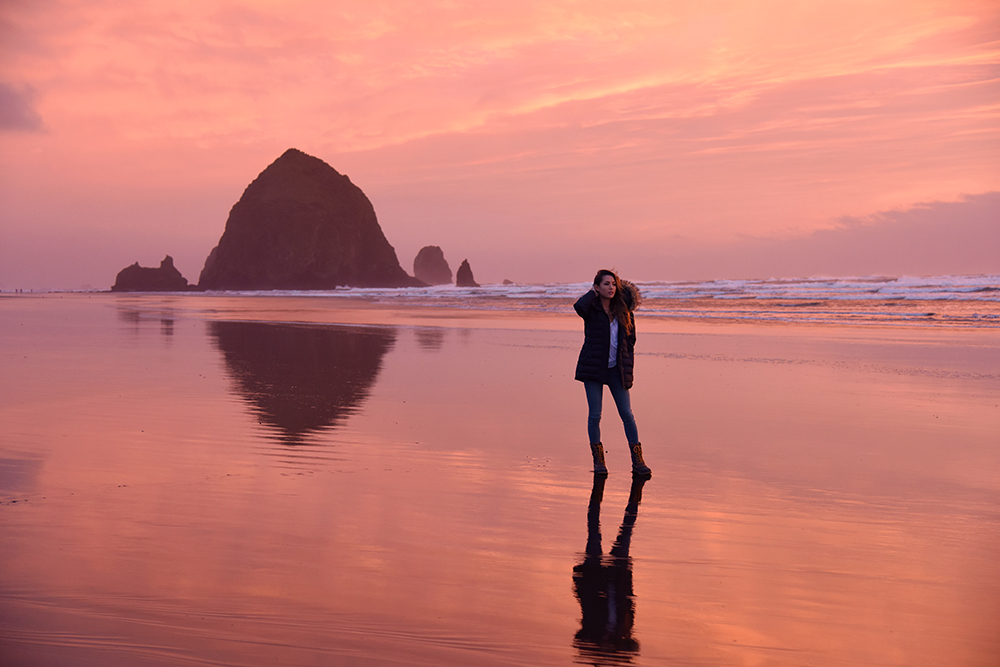 Last week my sister and I were in Oregon (but actually we’re headed back today!) for a short four days. We had so many things we wanted to see and do before we left and one of them was this beach, also known as Cannon Beach. The rocks behind me are quite famous so they had to be in at least a couple of my backgrounds but what was so incredible was this magical sunset we stumbled upon. Literally all day it was raining, even the entire hour and a half drive to the beach! Right at the last second it stopped and we were able to go on the beach and shoot. I was so lucky I had my new waterproof Kamik boots on since even though I was going to the beach I wasn’t expecting the entire ground to be wet. I had ordered them on Zappos super last minute and weren’t sure they were going to make it on the trip. My sister’s (she took these photos) poor non-waterproof shoes got kind of ruined!

When I wear my Kamik boots during the day, they actually stand out much better because then you can truly see the beautiful plaid print and bold laces! I love having dry, warm feet and you can bet these Kamik boots are going to come in handy on many more occasions this winter.
XOXO 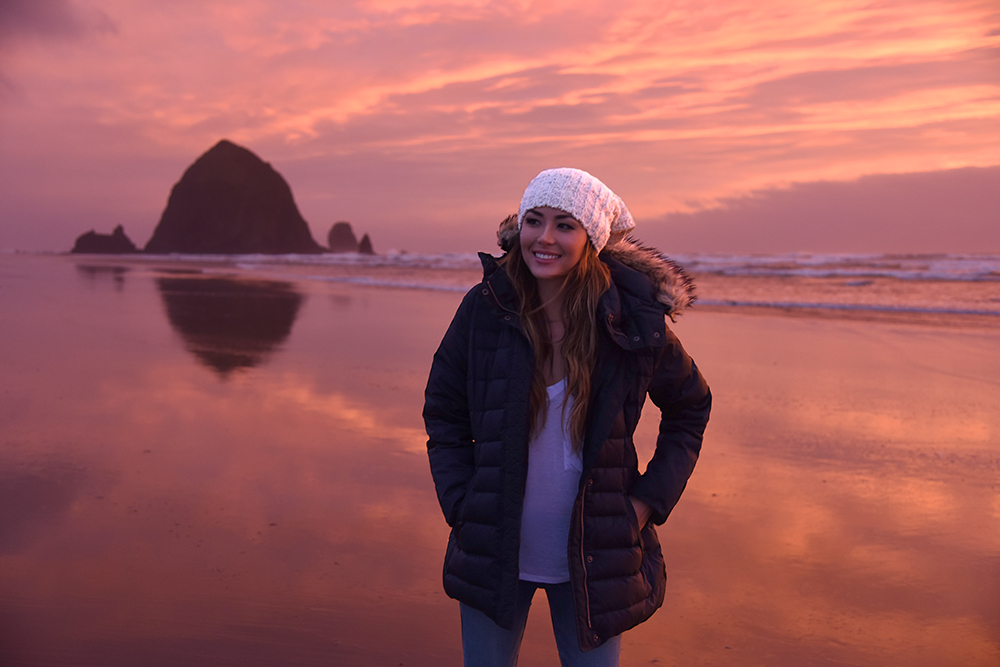 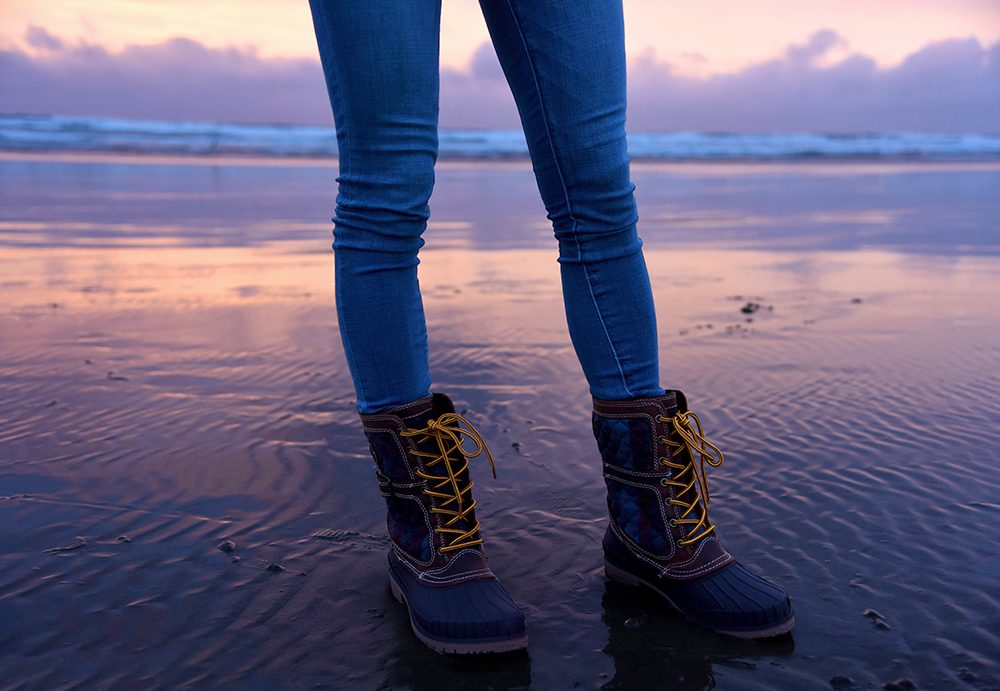 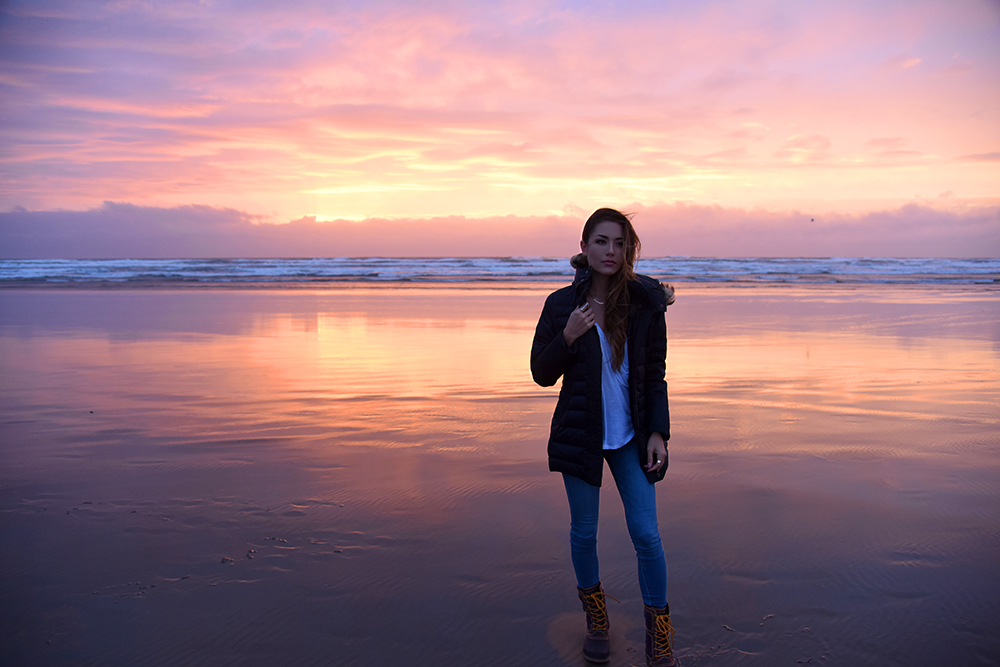 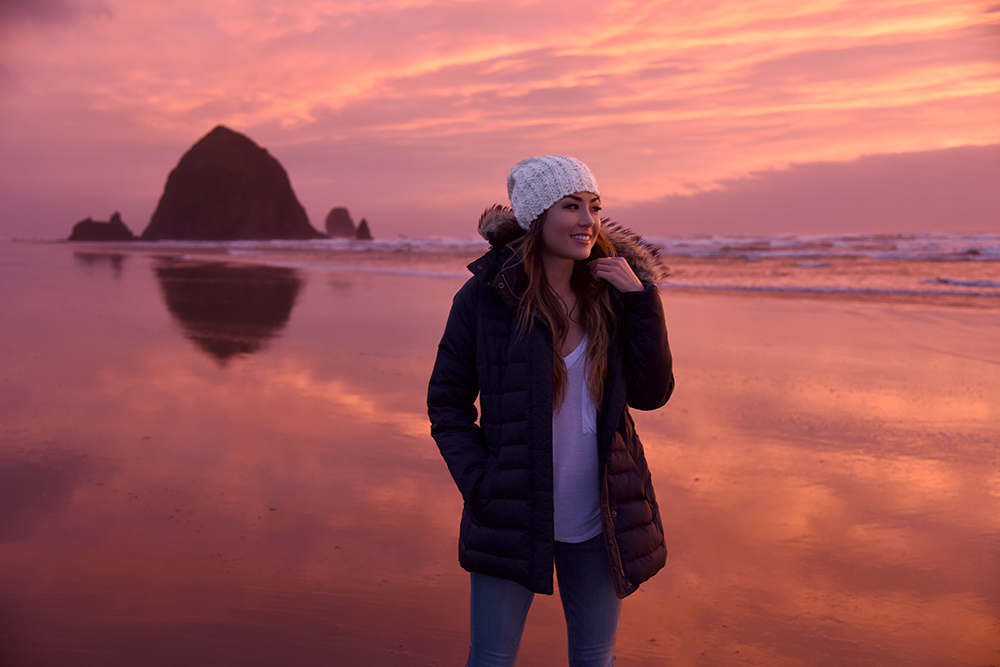 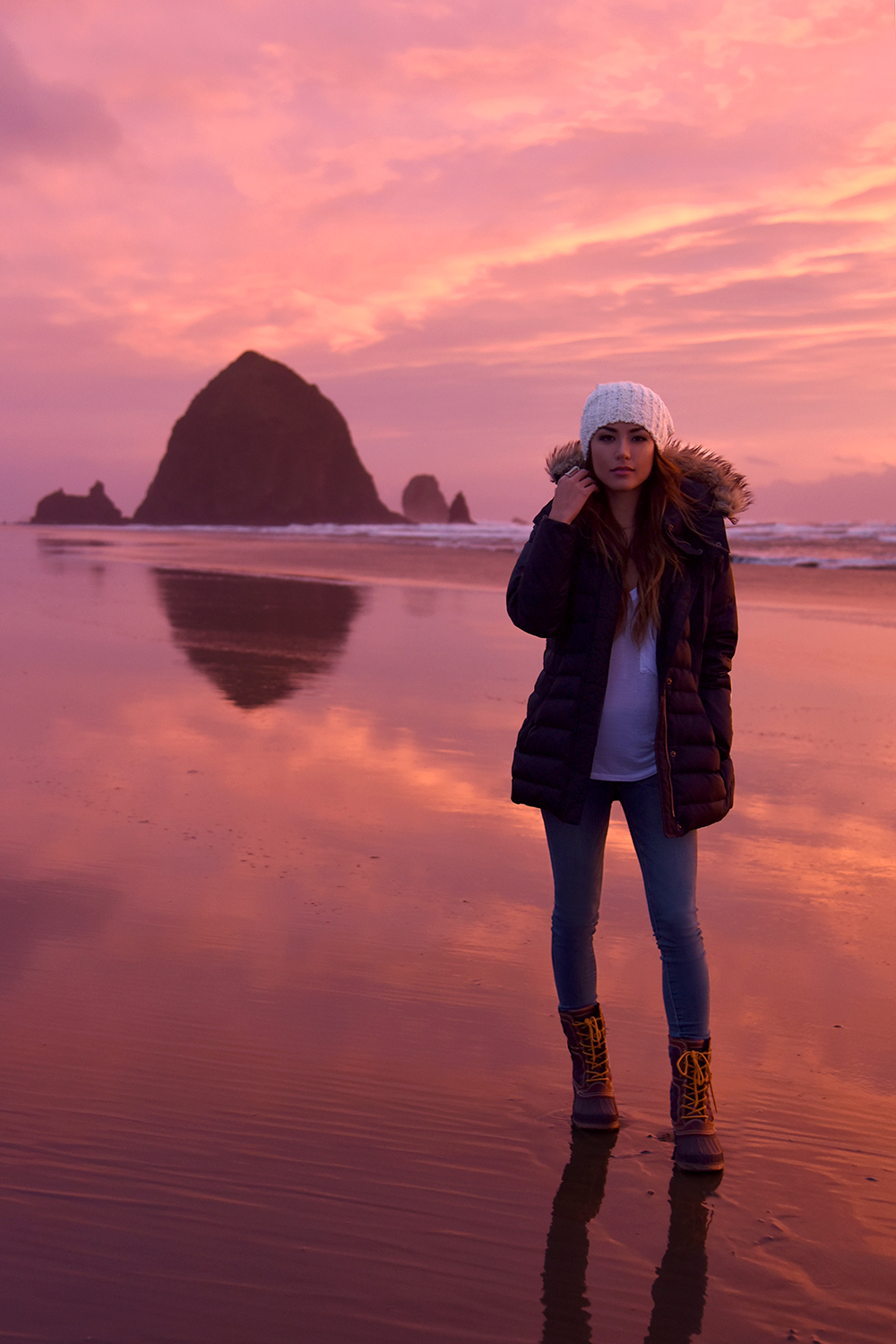 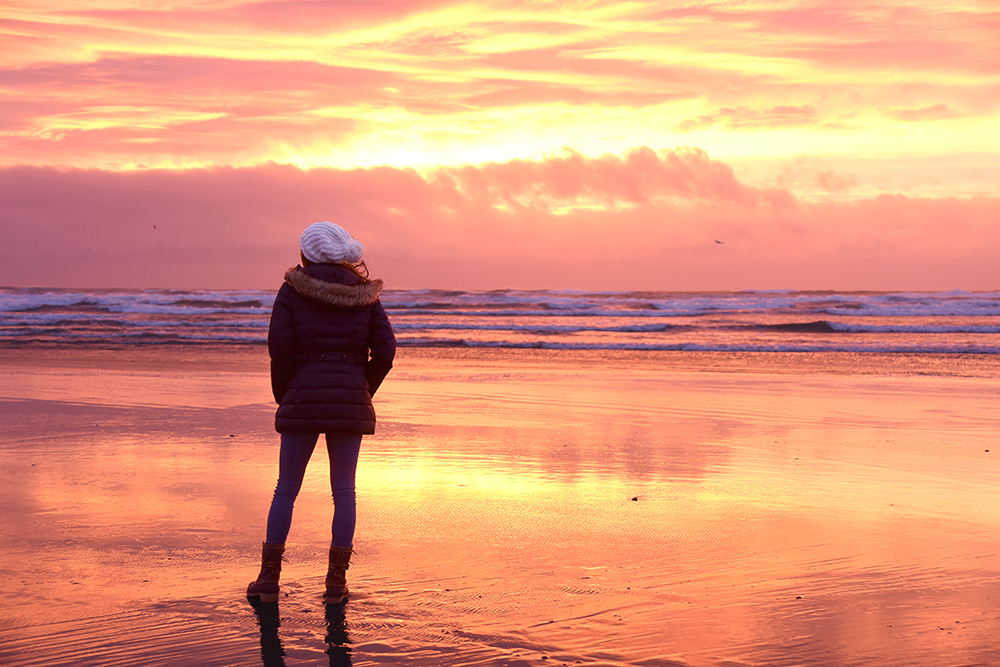