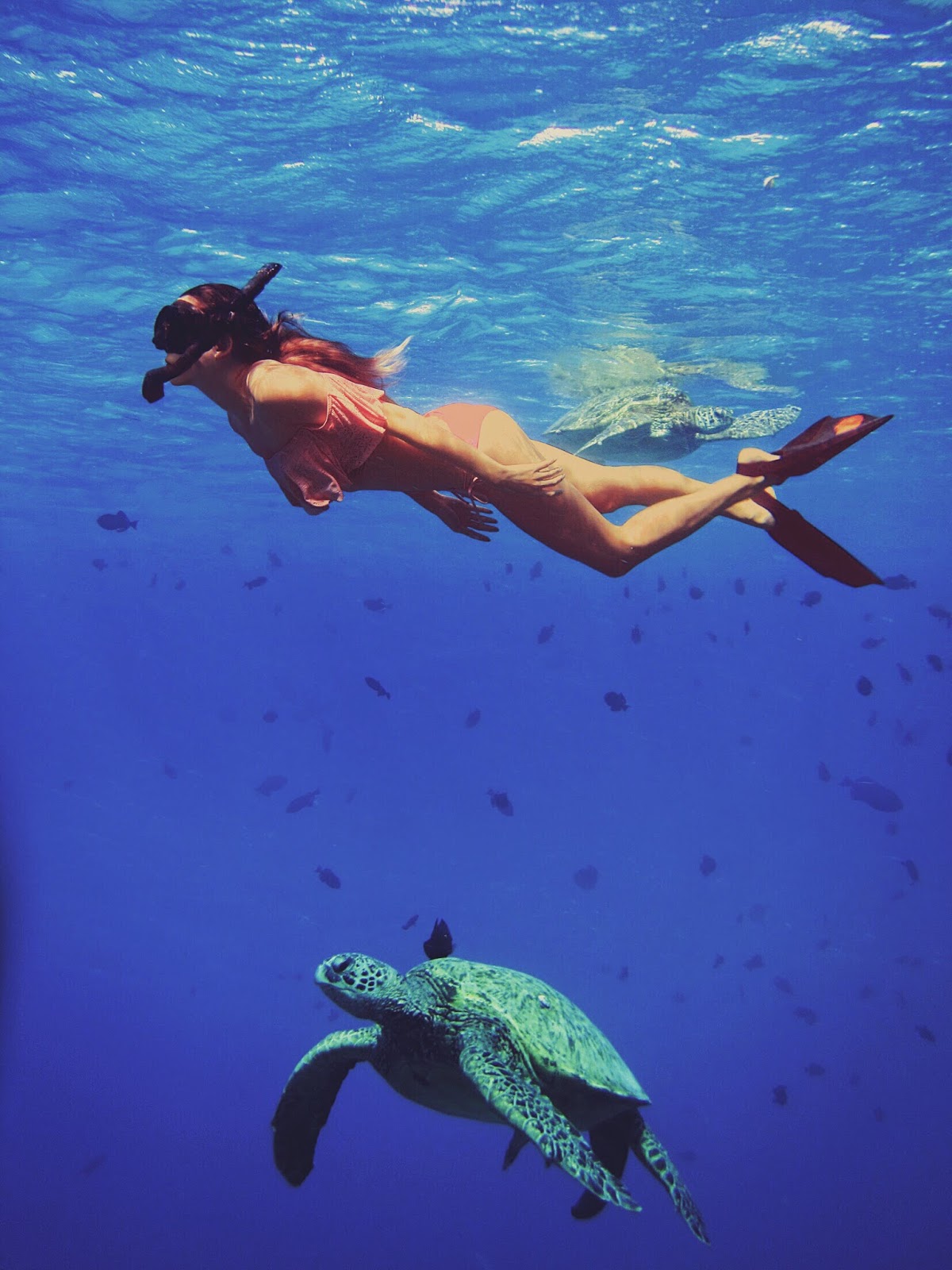 I’m not much into snorkeling – I always seem to have a problem with water getting in my mask… but when Moana Waikiki offered the opportunity to swim with the turtles at a turtle cleaning station, I couldn’t say no!

We went around 9 am, which meant we had to get up at 7:30 so we had time to rent an underwater camera. I really wanted the Canon d30 PowerShot which was supposed to be available but when we arrived, Hawaii Camera only had a d20. I remembered literally 6-7 years ago I owned (and still do but who knows where it is) a Canon d20 PowerShot too. So that was a funny coincidence to me. It felt so early because my boyfriend Davor and I had gotten used to waking up more around 10 am. 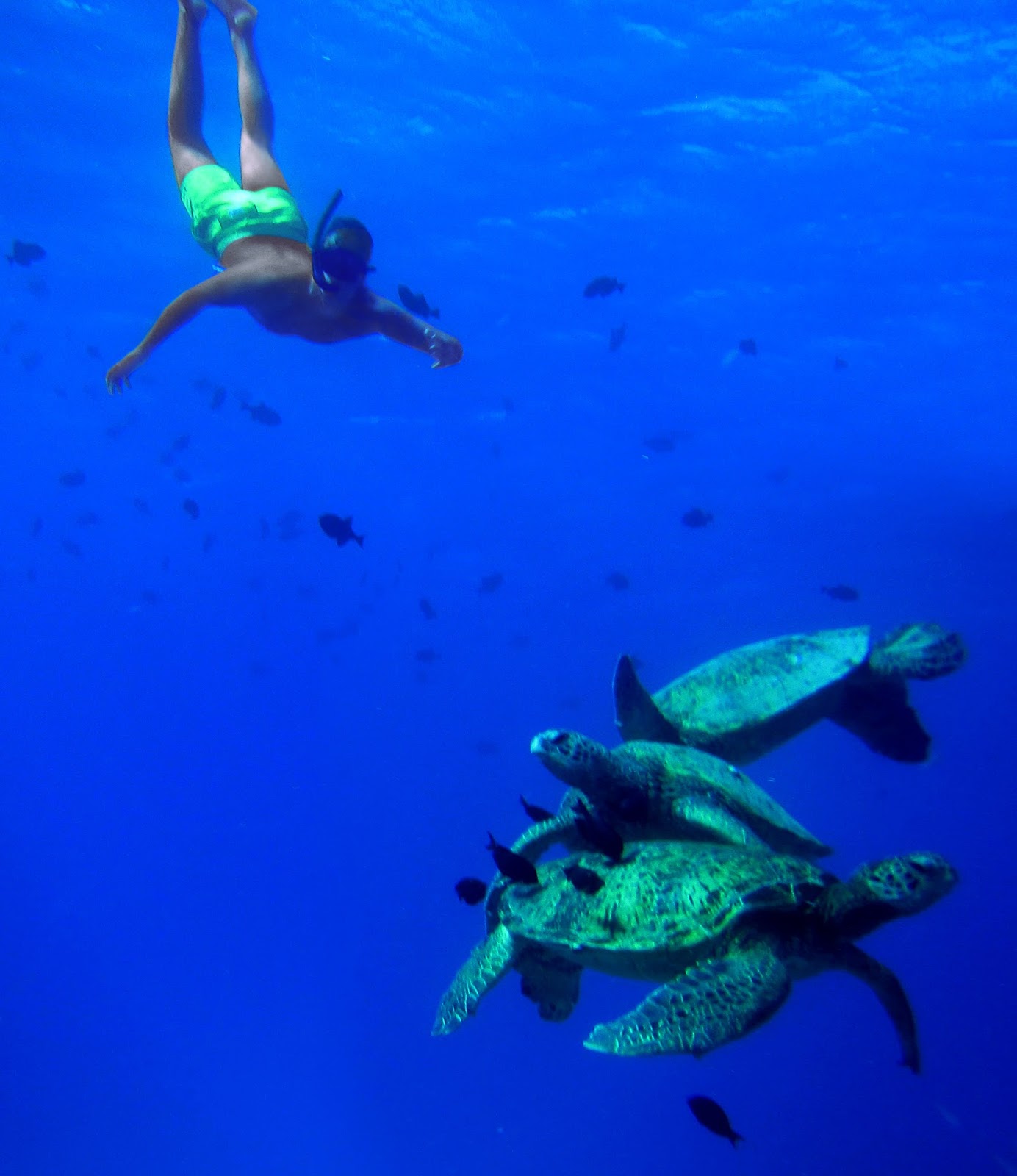 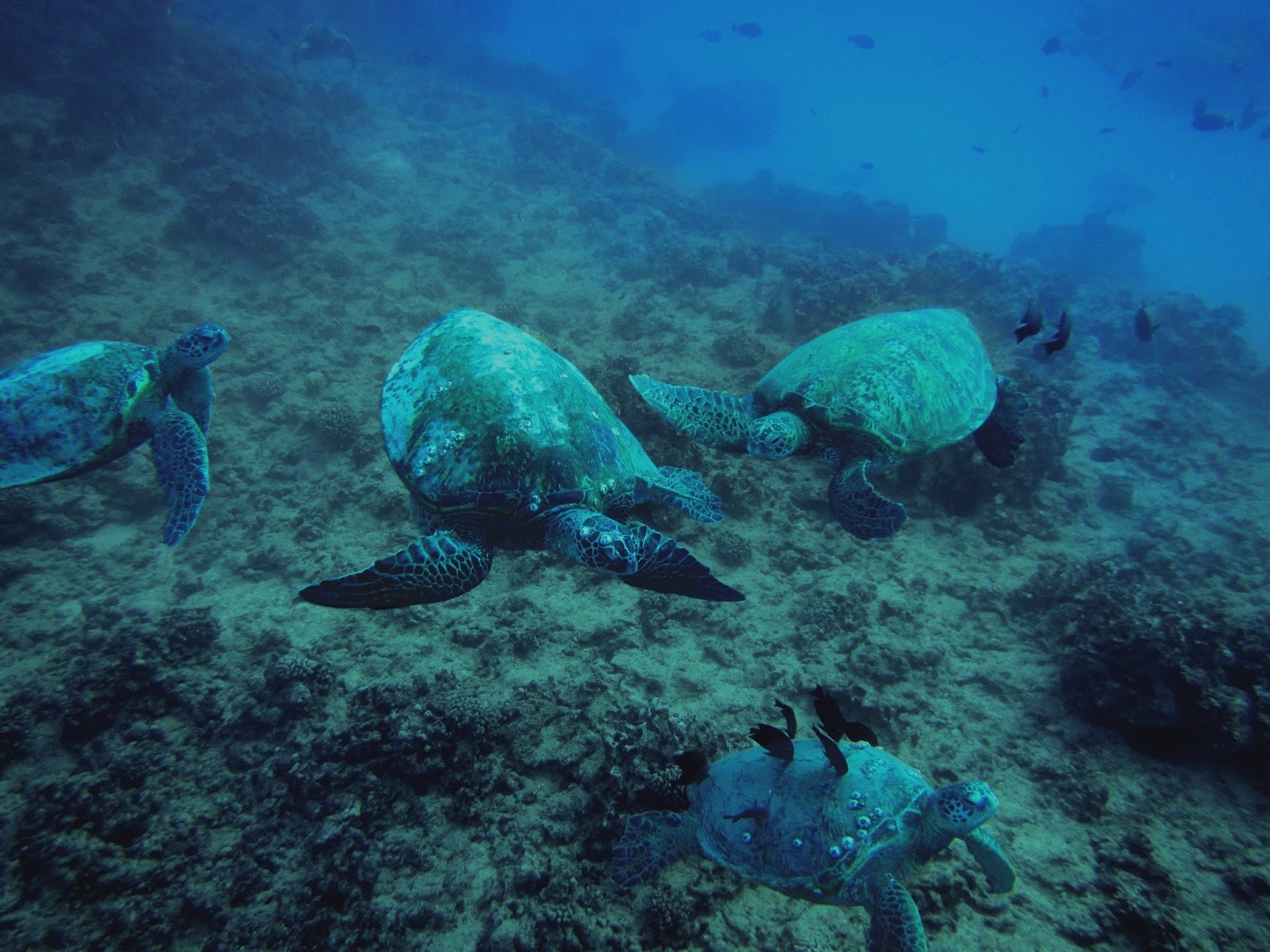 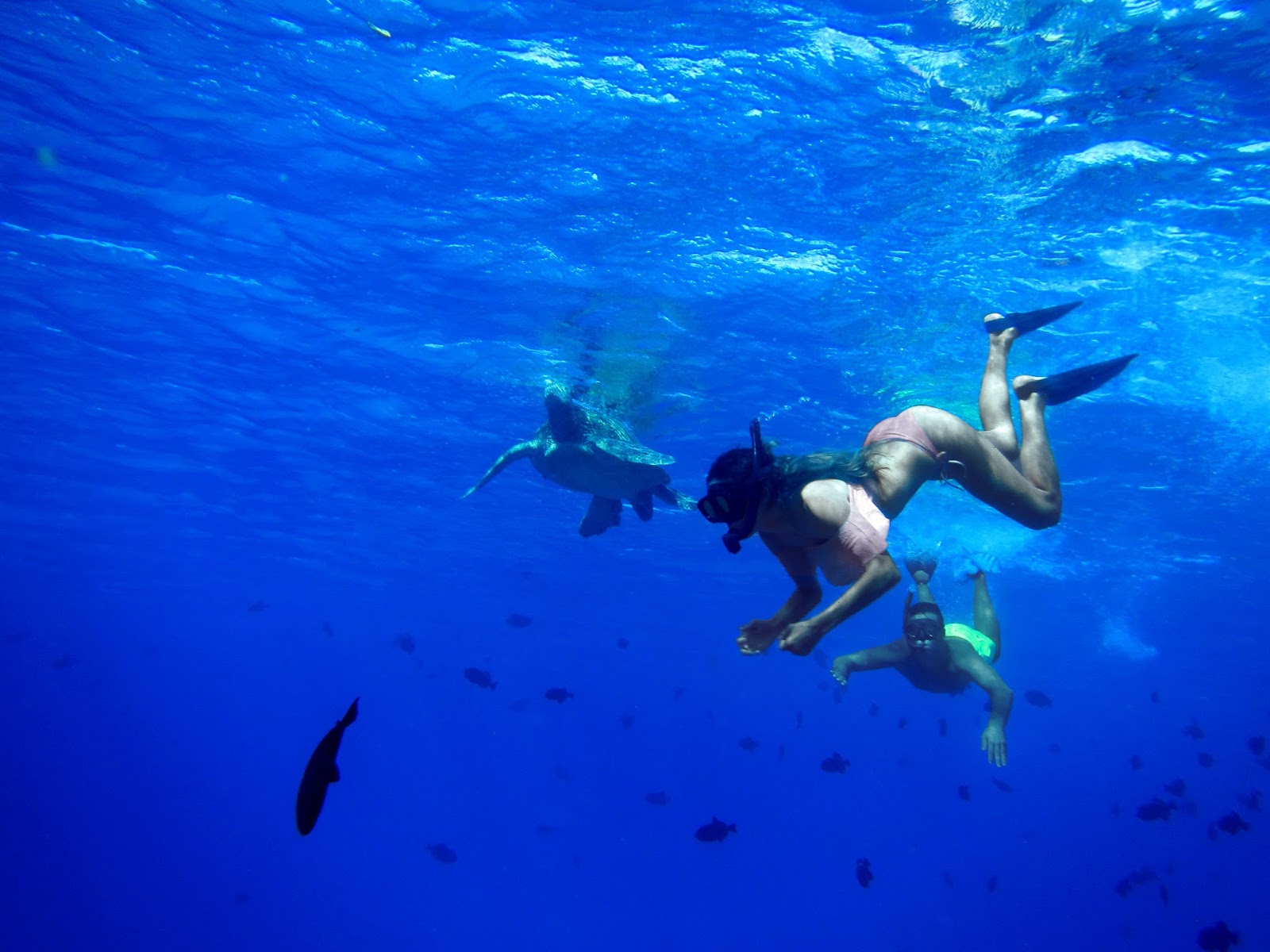 The photos are definitely not the sharpest, but they look pretty good on Instagram 🙂

The water was freezing (to me) but it was so clear! It was also amazing because we were not that far off the very popular Waikiki coast but there was no one else in our area when we arrived! There were nearly 20-30 turtles scattered about and I couldn’t believe my eyes!

If you never heard of a turtle cleaning station, it’s basically a known agreement between the turtles and fish where the turtles can come to be cleaned by the fish, which eat the algae and other stuff growing on their backs.

Around 11 am most of the turtles went to nap about the same time we were leaving and a few big boats packed with people started jumping in the water. I felt bad they weren’t going to get the same experience as us. It’s really best to go with a smaller group on a private boat, very early in the morning.

I hope you guys all get the chance to swim with the turtles like we did, it was truly an incredible experience!
XOXO 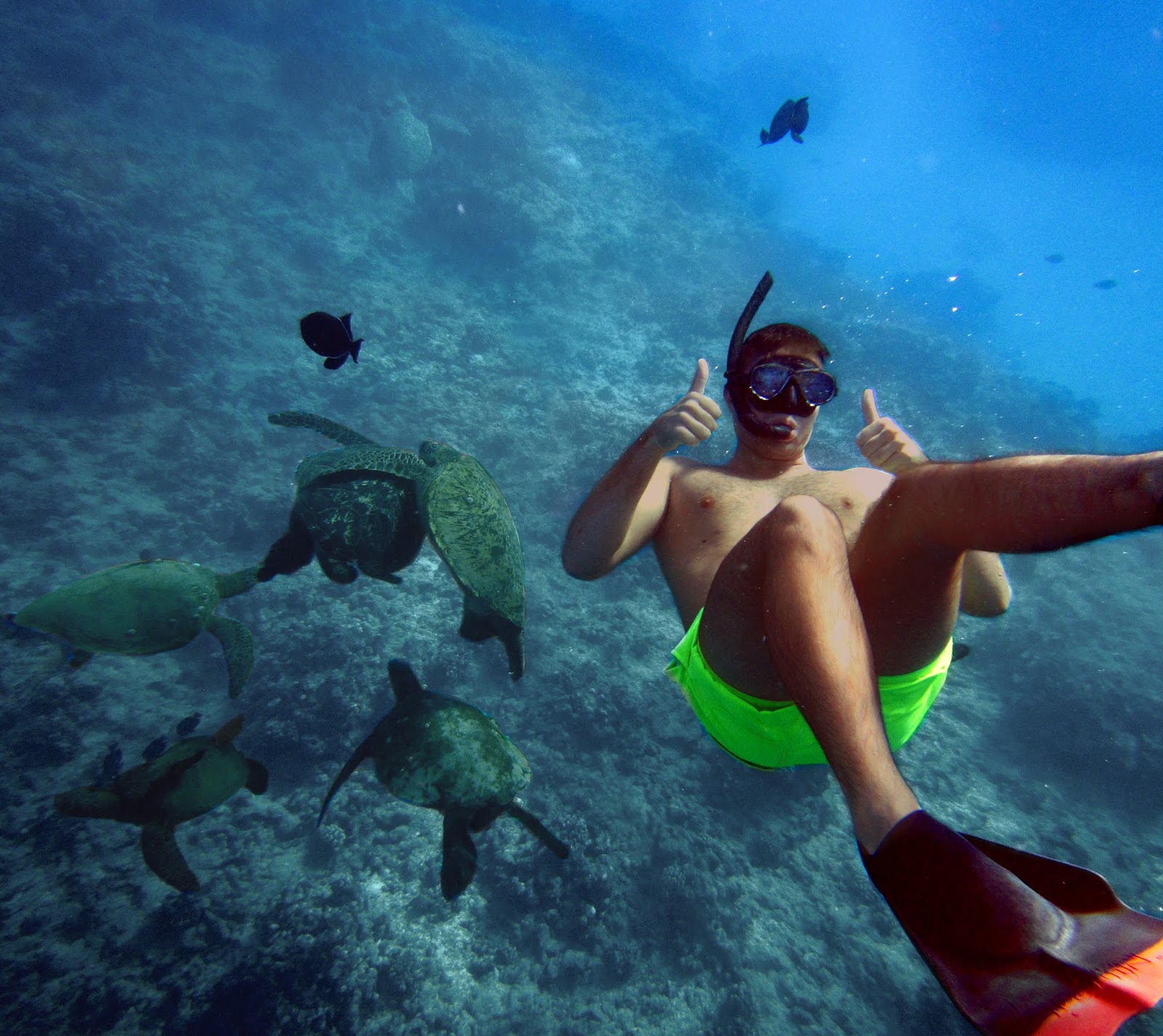