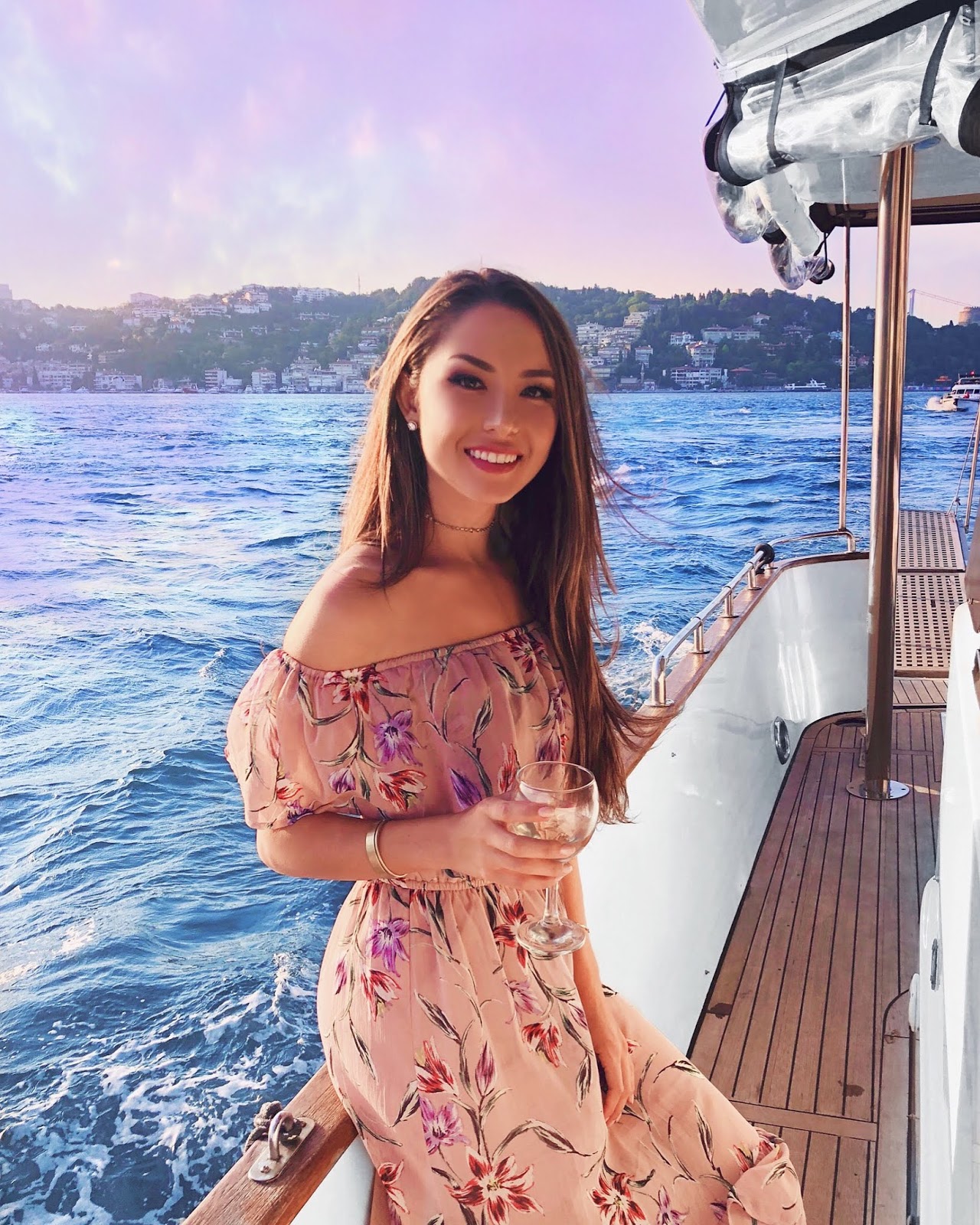 It’s been a while since I did a round up of all my outfits so I thought I would share all my looks + itinerary from Istanbul! My sister and I went to Istanbul and Cappadocia with Modeliste Magazine and it was such an amazing trip!

It was extremely hot while we were there (much hotter than their typical weather) so I ended up wearing a lot of dresses and light pieces. If you plan on visiting anytime soon, I recommend packing maxi dresses, skirts, blouses, loose trousers (which is perfect since paper-bag pants are totally trending right now!), shorts, flat sandals or sneakers and of course a swimsuit if you want to lounge at the pool 🙂 We stayed at the Four Seasons Bosphorus and it was AMAZING. The hotel itself is beautiful and the view from the hotel even more stunning.

If you are planning a trip to Istanbul, I’ve shared an itinerary at the end of the post if you would like to use it as a reference for some of the best spots to visit. Istanbul is such a beautiful city and there are so many amazing things to do and see! XO 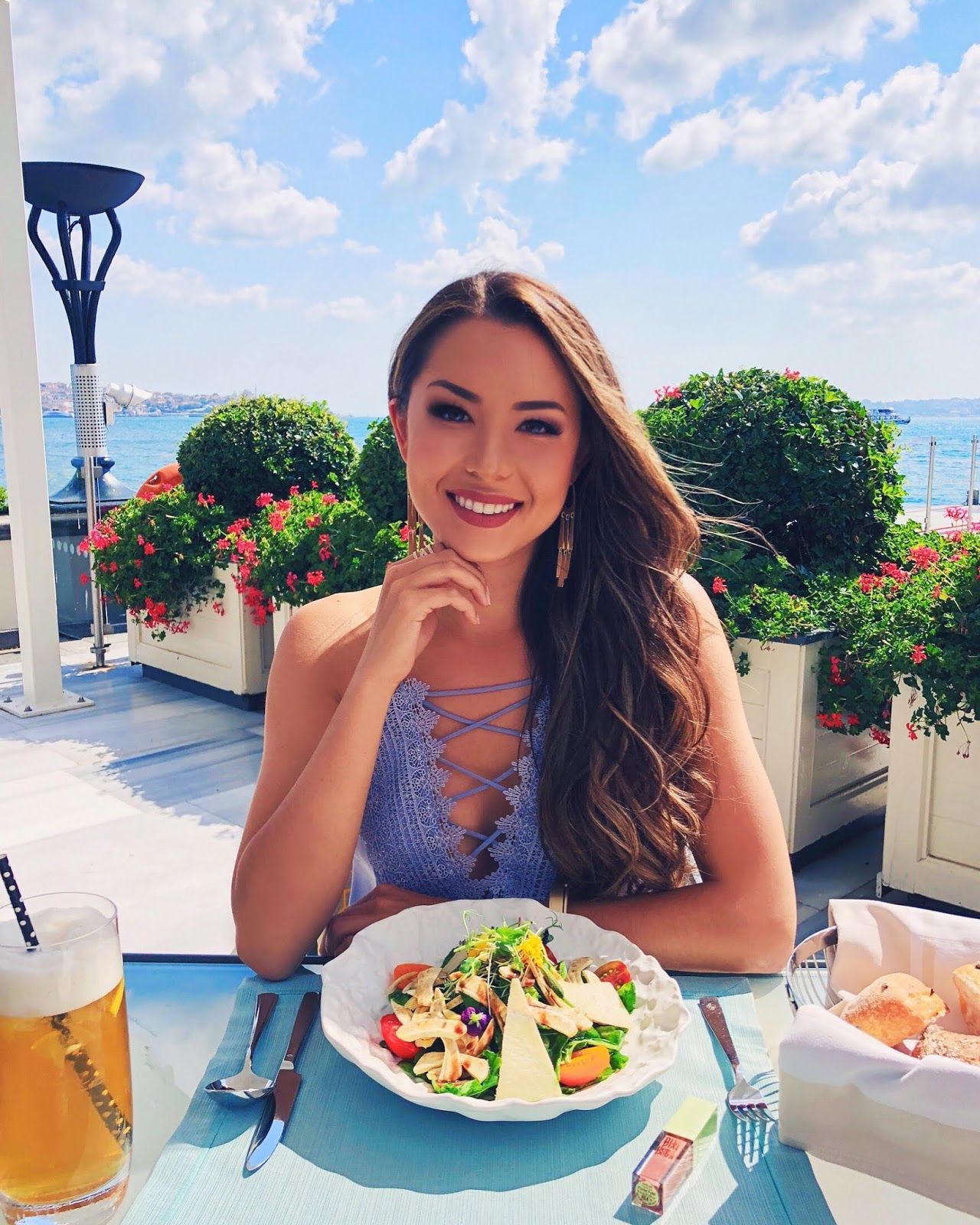 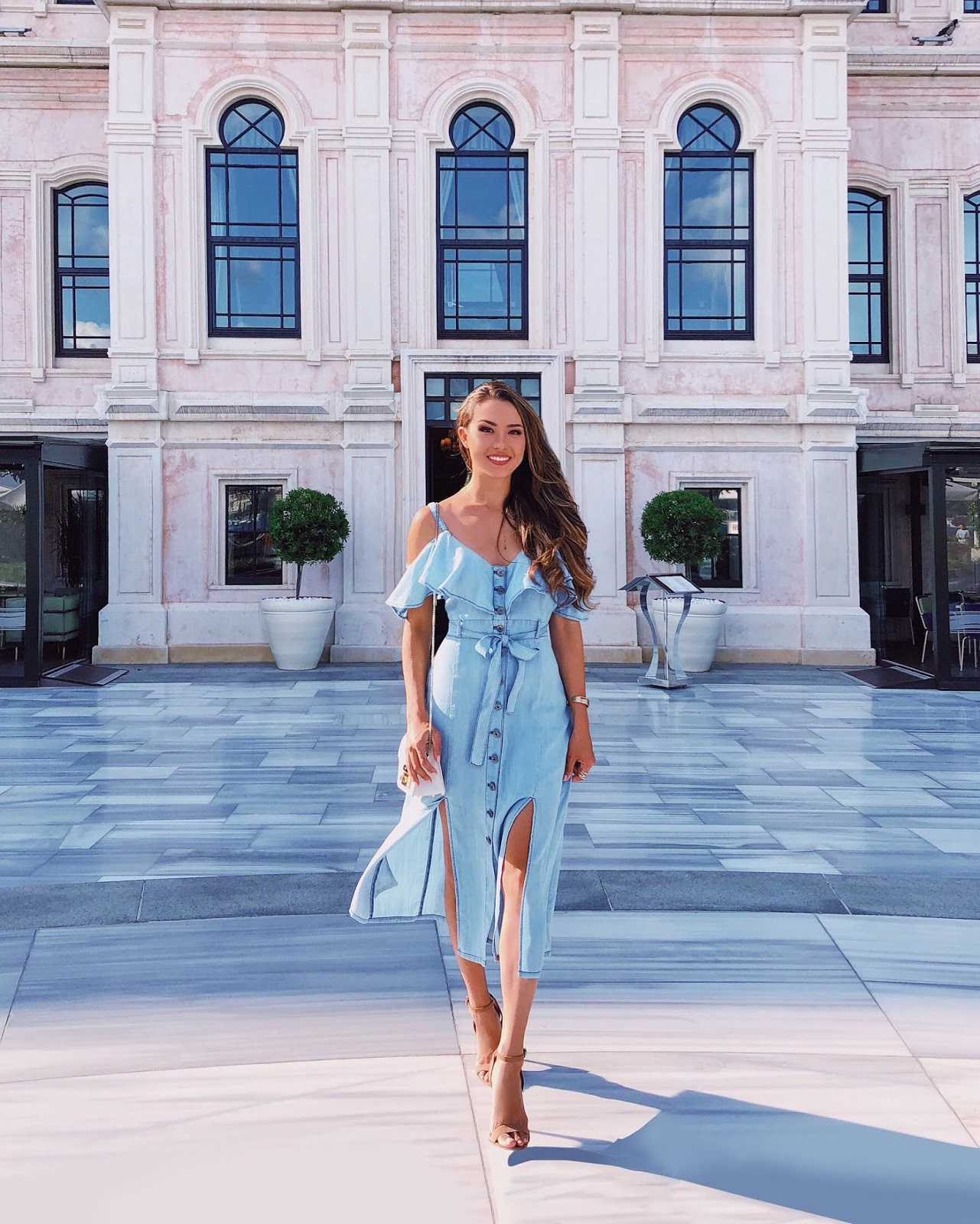 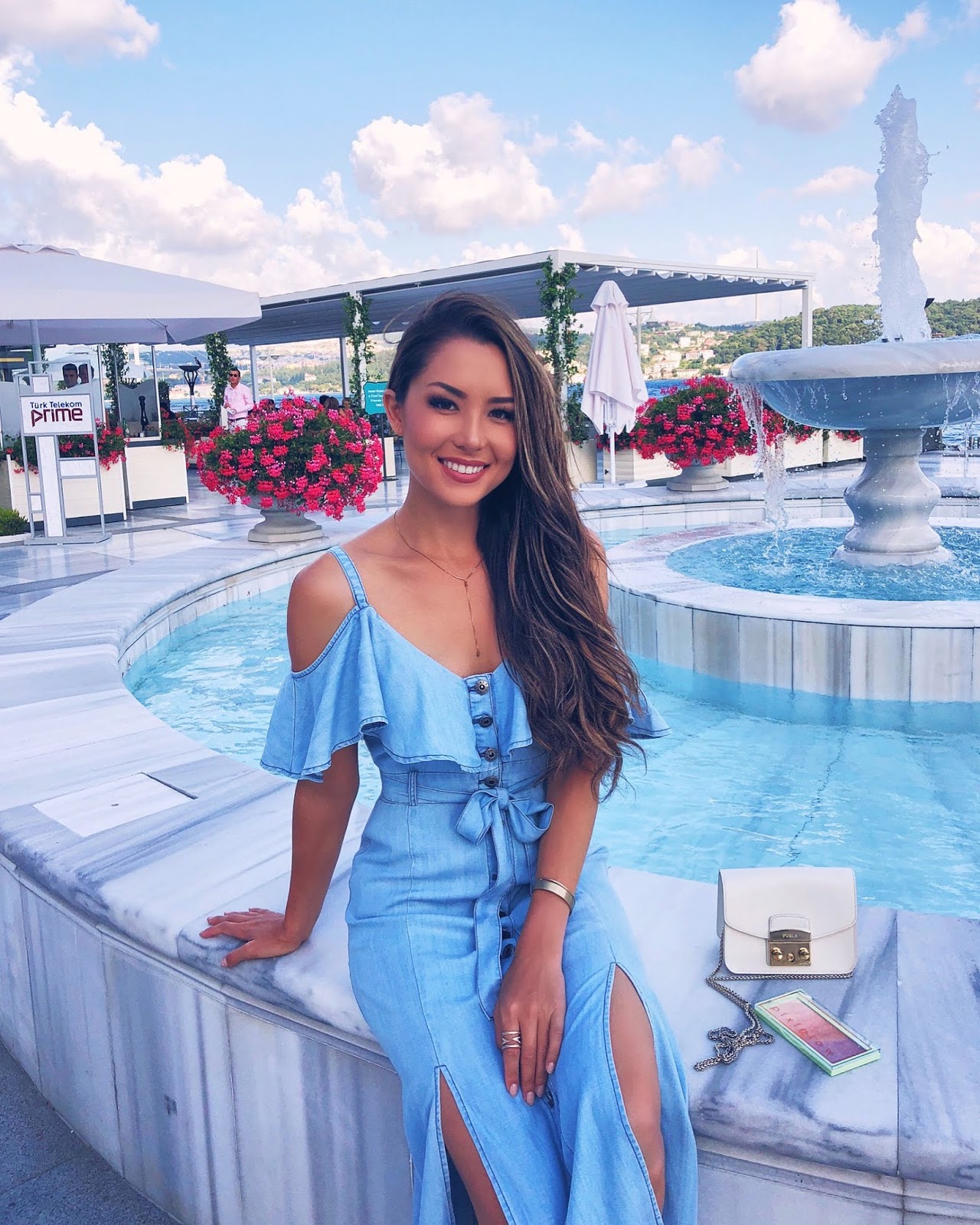 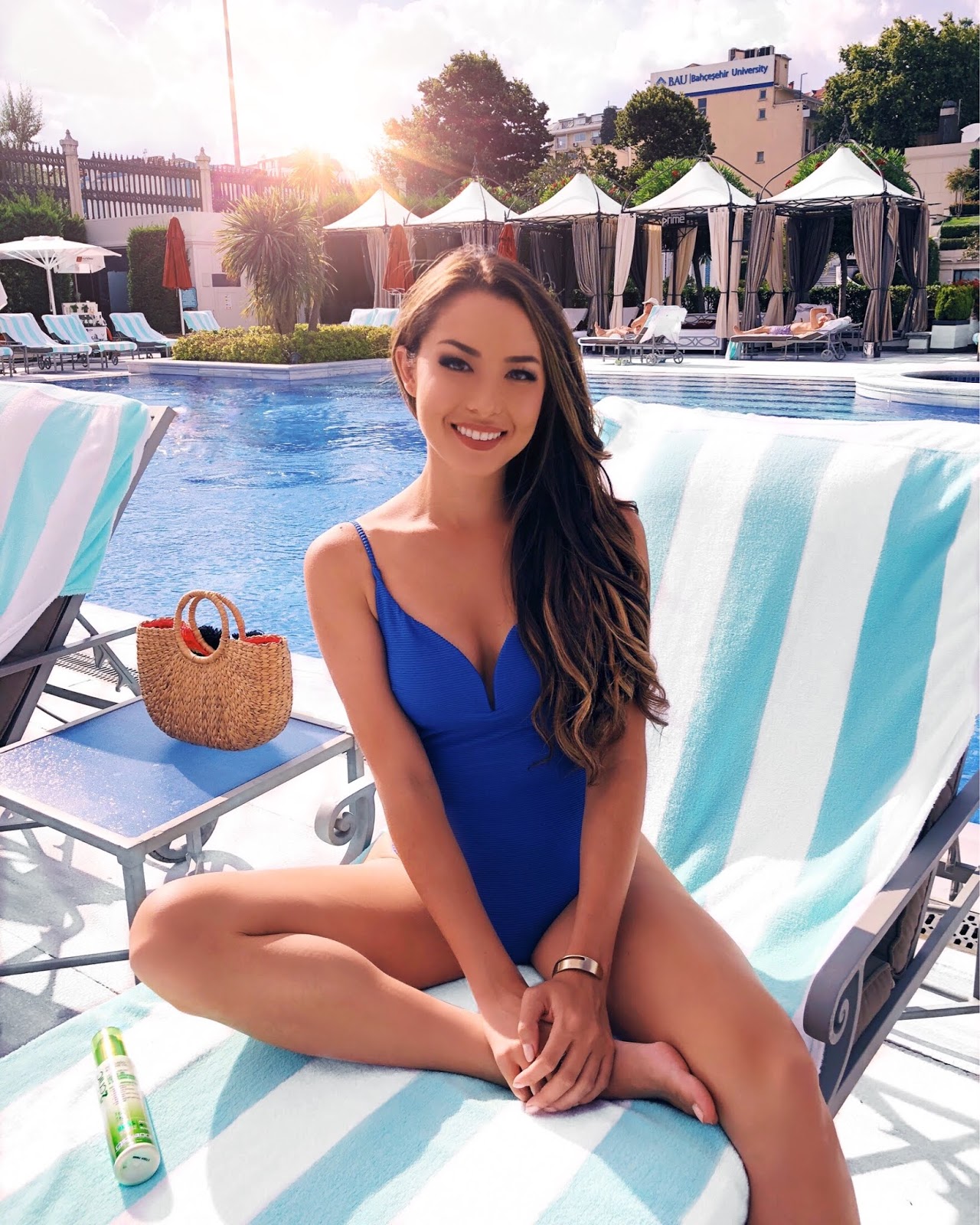 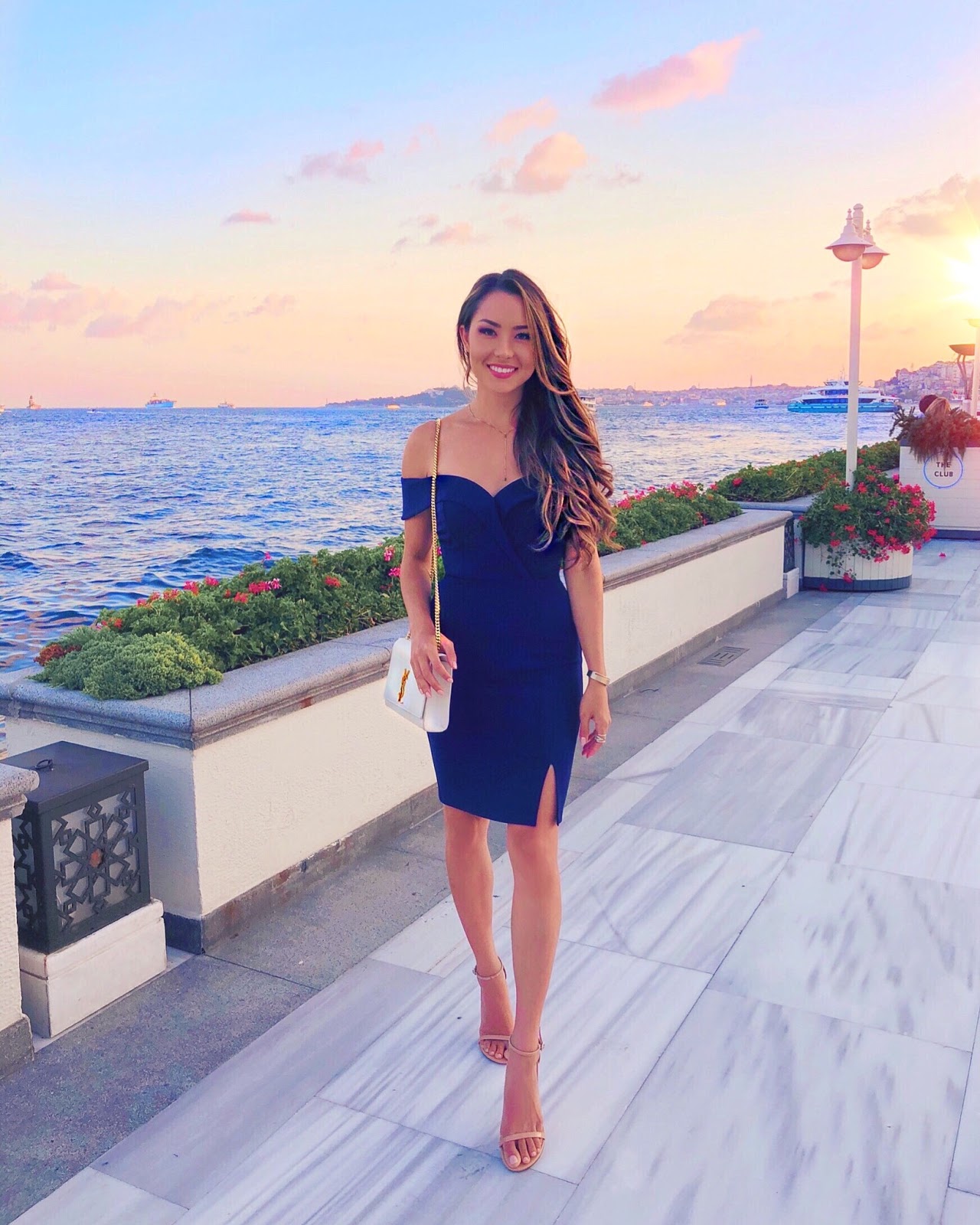 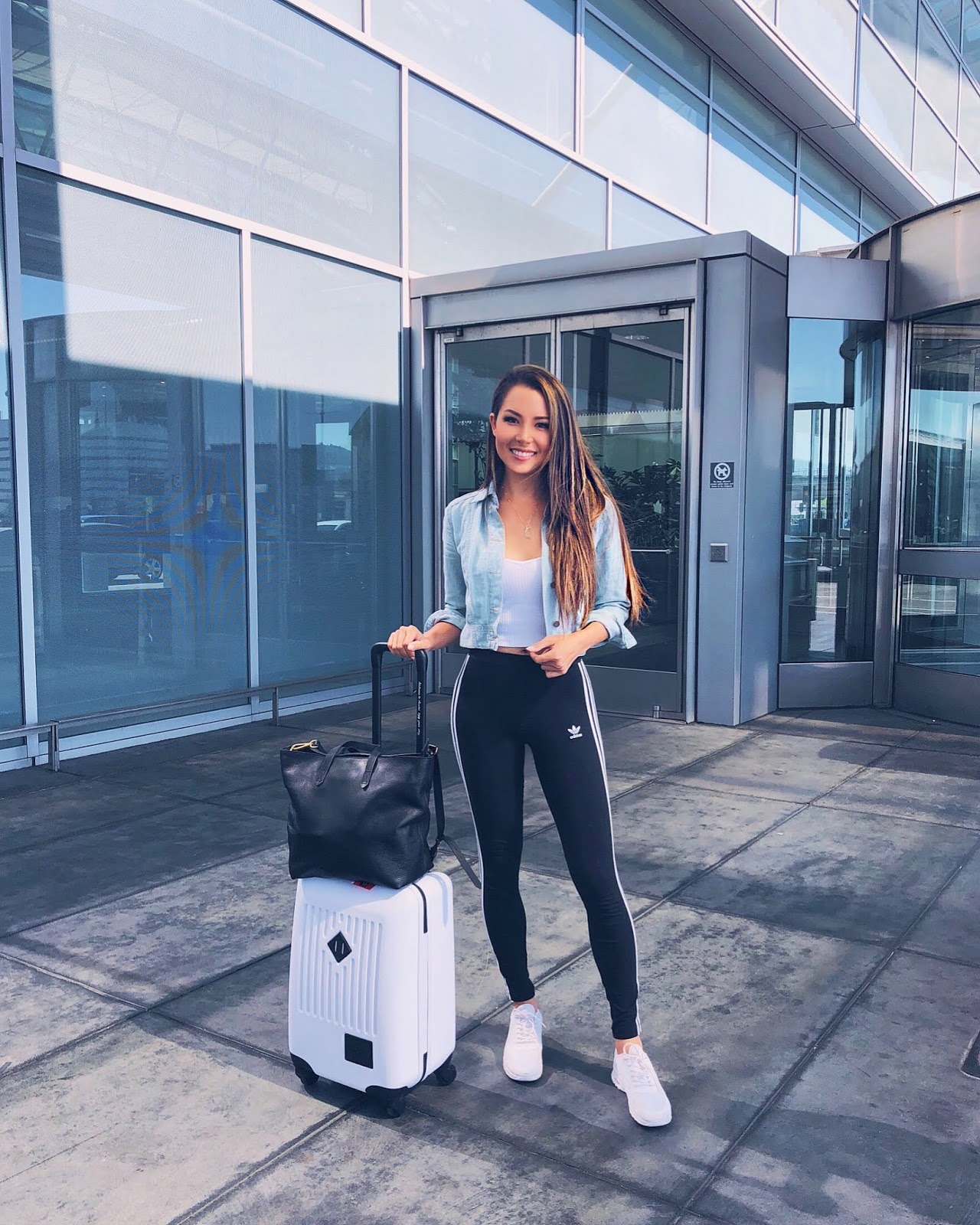 10:00 AM: First stop is Sultanahmet Square,​ an iconic highlight of the Ottoman Empire.

-Additional locations to be visited include: Hagia Sophia (an amazing World Heritage site), the famed Blue Mosque is a premier example of Byzantine Era architecture, built in 537. Originally a Christian church built on the site of an ancient Greek temple, this monument is historically one of Islam’s most sacred mosques.

-The Hippodrome of Constantinople was a public entertainment space intended for horse and chariot racing with institutional and political dimensions. Its capacity was estimated to reach 100,000 viewers, with an impressive total length of 450 meters.

-Basilica Cistern This subterranean structure was commissioned by Roman Emperor Justinian and built in 532. The largest surviving Byzantine cistern in İstanbul, it was constructed using 336 columns, many of which were salvaged from ancient temple ruins. The striking features include famed fine carved capitals. Its symmetry and sheer grandeur of conception are quite breathtaking, and its cavernous depths make a great retreat on summer days.

12:30 PM: Lunch at the Four Seasons Sultanahmet. ​This historic prison is renowned as one of the most Beautiful Gardens in the Old City.

-After lunch stop at the Grand Bazaar which is the ultimate international shopping destination for Turkish jewelry, fine carpets and leather.

-After the Grand Bazaar, pass to Suleymaniye Mosque ​which has one of the best panoramic views of Istanbul and its magnificent history.

6:00 PM: 2 hour Bosphorus Sunset Cruise​. The Bosphorus Straits are the iconic link of Europe and Asia, the witness of history since the beginning of time.

8:30 AM:​ Leave early for the Spice Market before it gets crowded. This world famous market, also known as the Egyptian Market, is the most significant covered bazaar after the Grand Bazaar. Built in 1664, it hosts 85 small shops, where you can find Turkish Delights and other sweets, jewelry, souvenirs, herbs, big variety of spices, dried fruits and nuts, fresh tea, scarves, lanterns and Nargile (hookah).

-After the Spice Market and Eminonu area visit the Taksim area. This area is a cosmopolitan center, an exhibition of different cultures, languages, representative arts and a variety of ethnic cuisines.

-On the way to Tünel stop at the Galata Mevlevihanesi or tekke (TEHK-keh). This is a famed Mevlevi Whirling Dervish hall on Galipdede Caddesi just south of Tünel Square, at the southern end of Beyoğlu’s İstiklal Caddesi. You will experience a rare and astounding view of the religious fervor of the Mevlevi culture. After Mevlevihane, we will walk down to Karakoy stopping at the Galata Tower on the way. This is one of Istanbul’s most iconic symbols, perfect for photos.

-Walk down from Yuksek Kaldırım Street and end at the popular hip Karakoy center ​for some Turkish Baklava and Turkish Tea. Karakoy is a very colorful and bohemian area where you can relax, people watch, or wander the area famed for its street art on the walls.

6:00 PM: Experience a traditional Turkish Bath “HAMAM” (we had ours at our hotel).