Well guys, I never imagined the world would come to this… the entire state of California has received a shelter-in-place order by the Governor of California and all non essential businesses have shut down. People on every continent (except Antarctica) are affected by the novel coronavirus, Covid-19 and it’s insane.

Which leads me to say this: I believe there is no reason to be bored, ever. Stuck at home for a week? For a month? For two months? I got you. With books. I used to hide from my mom so I could read. Most kids hide from their mom so they don’t have to read. Ha!

I used to use books to escape reality. Now that I’m older, I try to read books that are more practical, and will help me to become more informed, or live better. I’m going to recommend a great variety of books here, some I’ve read, some I want to read, but all are highly rated.

The Way of Kings by Brandon Sanderson

Brandon Sanderson is one of my absolute favorite fantasy authors, along with Michael G Manning and Jeff Wheeler. Fantasy books are a better escape than ANY movie! You can escape anytime, anywhere… especially with the kindle app!  The book, The Way of Kings, is the first book of 10 planned volumes, called The Stormlight Archives. I started this series over eight years ago. The first time I picked up a copy of this book I was in my early 20’s. I thought it was too boring!! Fast forward a few years and I picked it up again, I couldn’t put it down. Each book is like a cliffhanger.  Words of Radiance (book 2) and Oathbringer (book 3) are equally enthralling, and Rhythm of War (book 4) is being released this November! These are hefty books and will surely take a good amount of time to read.

Dead Until Dark by Charlaine Harris

If you like vampires and female leads as much as I do, especially funny ones, you will love Sookie Stackhouse. The Sookie Stackhouse series inspired the TV show, True Blood. Though admittedly I never watched True Blood and I heard they have pretty different vibes. There’s suspense, romance and comedy. I did read this series in my mid 20’s but I feel like I would still enjoy them over five years later!

Once I find an author I like, I tend to read all their books haha. Steelheart is the first book in the Reckoners series. Firefight is book 2 and Calamity is book 3. You will not want to put these books down. Steelheart is reminiscent of an evil Superman but the story is so unexpected. I was very pleasantly surprised with this series and of course I already love Sanderson’s way of writing so this series was definitely meant to be in my library.

The Eye of the World by Robert Jordan

If you never read a book series, it’s time to start!! It’s like finding an amazing TV show, you know you still have more and more…. and more to watch!! I have never read a Robert Jordan book before but I found out about this series because Sanderson stopped working on the Stormlight Archive series to finish the Wheel of Time 14 book series since Jordan passed in 2007. I literally could not believe he stopped working on the Stormlight Archives series to do this but I feel it must mean that the series is really good, which made it worth it to him. It does have almost a 5 star rating from almost 4,000 people on Amazon. I’m going to start reading this book, and I suggest you guys should too!

On to the non-fiction! This is mostly a list of books I plan to read: 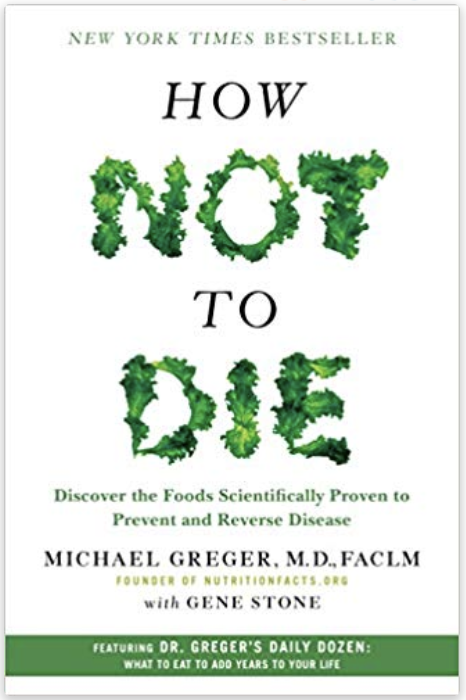 How Not to Die by Dr. Michael Greger

This is not about being vegan, it’s about eating more plants. By the time I got to chapter four, I didn’t want to eat meat anymore. Well… I still do eat meat but I am often looking for alternate sources of protein. What I love most about this book is that Dr. Greger uses facts, and facts alone. He teaches us about how cancers and diseases develop, and exactly what we can eat to prevent, stop and sometimes reverse the damage. He also talks about other factors in life, such as sleep and exercise. Take for example this excerpt:

“Scientists in Japan were the first to take a major stab at this question. They followed nearly 100,000 middle-aged men and women for fourteen years. Compared with people who slept an average of seven hours per night, subjects who got four hours of sleep or less, or ten hours or more, had roughly a 50 percent greater likelihood of dying from a stroke. A recent study of 150,000 Americans was able to examine the issue more thoroughly. Higher stroke rates were found among individuals sleeping six hours or less, or nine hours or more. Those at lowest risk got around seven or eight hours of sleep a night. Large studies in Europe, China, and elsewhere have confirmed that seven or eight hours appears to be associated with the lowest risk. We’re not sure if the relationship is cause and effect, but until we know more, why not aim for that range? Sleep well!” (he references 5 studies). 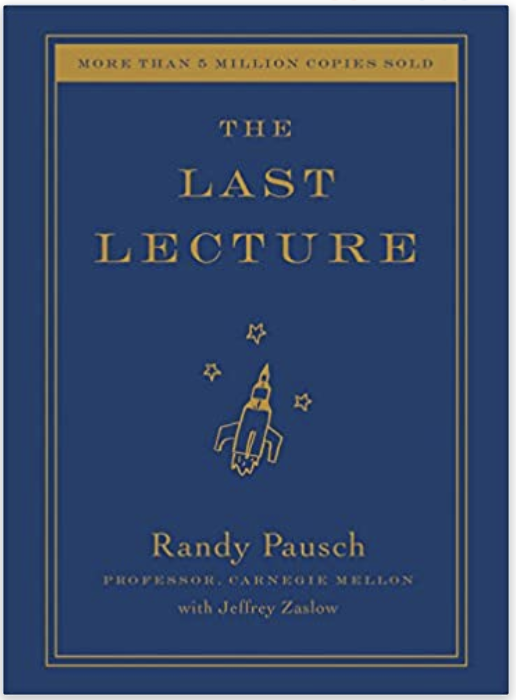 The Last Lecture by Randy Pausch

“We cannot change the cards we are dealt, just how we play the hand.” –Randy Pausch. I haven’t read this book yet, but it is on my list of books to read. This book is truly Randy Pausch’s last lecture in written form. The author, Randy Pausch was not only a computer science professor at Carnegie Melon, but he was also a father. He finds out he has terminal cancer in the later stages with only months left to live. He has young children, as he was only 47 when diagnosed. The Last Lecture captures Pausch’s messages to his children and the world.  I’ve heard that this book is not only inspiring but that Pausch has a “wicked sense of humor.” 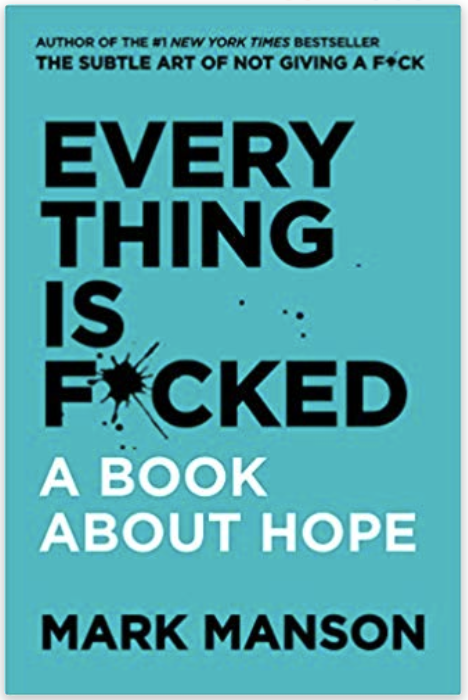 Everything is FCKED by Mark Manson

“A book about hope.” What appropriate timing, don’t you think? Another book I plan to read, though this is the sequel to The Subtle Art of Not Giving a FCK, which I haven’t read either. In the world we live in, it is far too easy to care about the wrong things. Manson draws from a pool of psychological research, as well as the timeless wisdom of philosophers such as Plato, Nietzsche, and Tom Waits as he dissects religion and politics and the uncomfortable ways they have come to resemble one another. He looks at our relationships with money, entertainment and the internet, and how too much of a good thing can psychologically eat us alive. He openly defies our definitions of faith, happiness, freedom—and even of hope itself.

The Power of Moments by Chip Heath & Dan Heath

And the last one I’ll be recommending today, The Power of Moments. The description on Amazon really sold me on this one. The authors of this book “explore why certain brief experiences can jolt, elevate and change us—and how we can learn to create such extraordinary moments in our life and work…. Many of the defining moments in our lives are the result of accident or luck—but why would we leave our most meaningful, memorable moments to chance when we can create them?”

Enjoy! Let me know if you read any of these books, and what you think!